St Andrew’s Cathedral School is one of Sydney’s oldest schools. The School opened on 14 July 1885 in the St Andrew's Schoolroom in Pitt Street.

St Andrew’s Cathedral School was founded by Bishop Alfred Barry who became Bishop of Sydney in 1884. Educated at Cambridge, Barry was passionate about education and had a reputation for excellent leadership in higher education.

He was also an early advocate for girls’ education. Prior to his move to Sydney, he had been Headmaster of Leeds Grammar School, Cheltenham College, Principal of King’s College, London, and an honorary chaplain to Queen Victoria.

Following in the English choir school tradition, the School was primarily created to educate choristers, and it is the only school of its kind in Australia. Our continuing role as a Choir School makes us part of a tradition that reaches back over a millennium, beginning in the early Middle Ages with the foundation of the Song School at Canterbury in 597.

Out of the first group of 27 students, 22 of the boys were choristers. For many years the Headmaster was also the Master of Choristers and Precentor of the Cathedral. 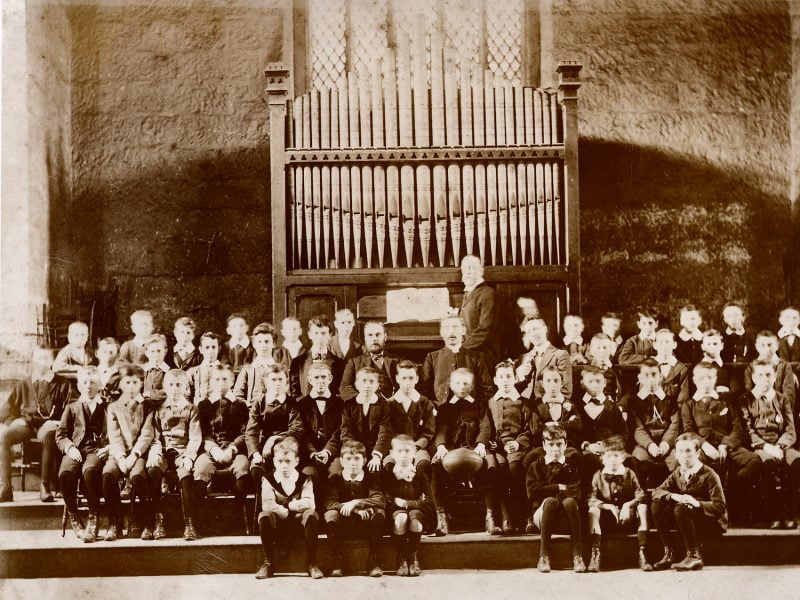 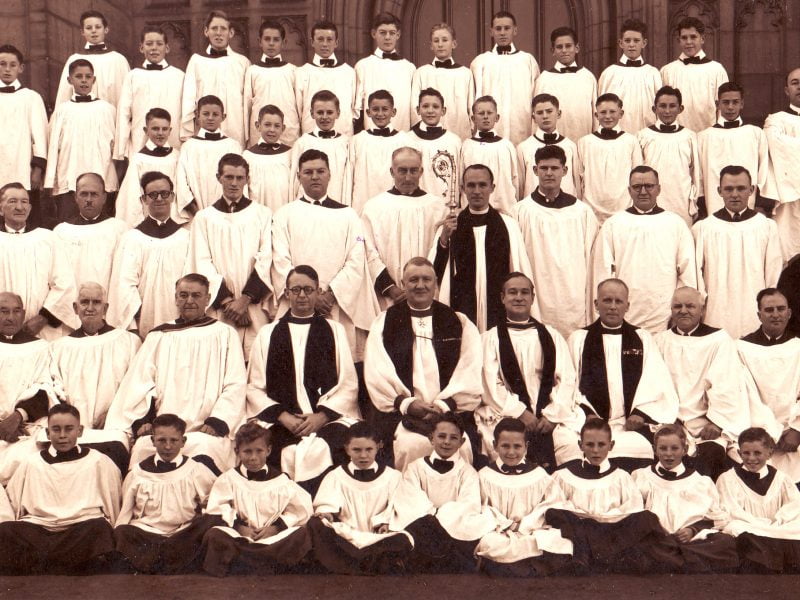 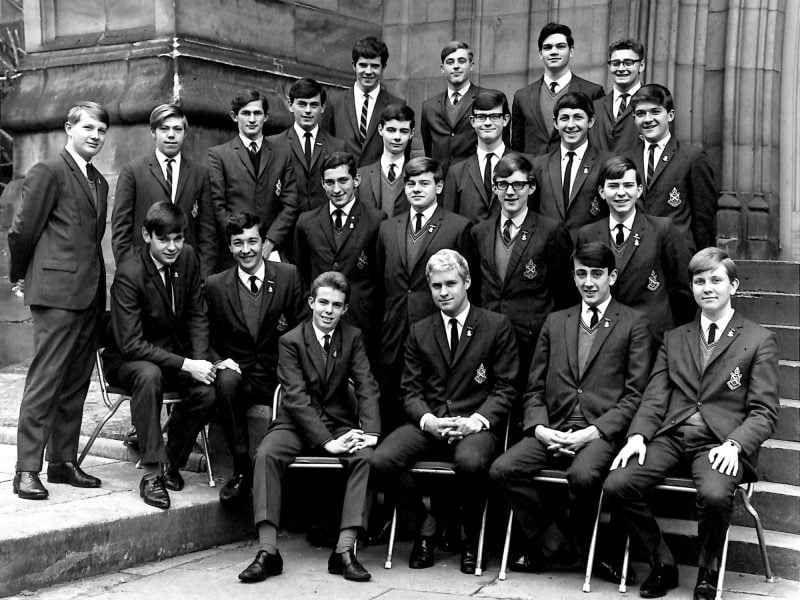 The Old Andreans Association (OAA) was established by the School’s third Headmaster, the Reverend Percy Simpson, in 1906. The first president of the then Union was the Hon Mr Justice Webb, a judge of the Industrial Relations Commission of NSW. He held office for over 40 years. Visit the OAA website where we honour some of our exceptional Old Andreans who exemplify the ethos of St Andrew’s Cathedral School in their interaction with the school and wider community.

The School moved to St Andrew’s Church in Pitt Street from 1892-1912. Pioneer aviator, Charles Kingsford Smith, attended the School during this time. He became one of the most commanding flyers of the golden age of aviation, breaking records with astounding and daring voyages: the first trans-Pacific flight from America to Australia, the first flight across the Tasman, the first non-stop crossing of the Australian mainland.

The School then made a number of moves around the city—even sharing office space in The Worker Building with one of Australia’s longest running radical newspapers, The Australian Worker, for over forty years. Plans for school buildings were never made; as student numbers were few it was thought that classes could always run in church facilities.

Centenary Service in the Cathedral, photographed by Ramon Williams

Canon MC Newth was appointed Headmaster of the School and Assistant Minister at St Andrew’s Cathedral in 1941. He was also appointed Precentor from 1947 to 1954. The School’s longest serving Head, during his 38 years as Headmaster he saw the School grow from an enrolment of almost 50 to one of just over 540.

He oversaw the development of the School from a Primary and Junior Secondary institution to one preparing students for a University education.

Canon Newth recalled his time at the School in his book, Serving a Great Cause: A Pictorial Review of St Andrew’s Cathedral School. One particularly amusing memory is from the 1940s, the day Newth’s bulldog, Winston, terrorised the entire school. One day Winston escaped and the school staff found “the whole school hanging high up on the 20-foot tall wire enclosure, with Winston in the centre of the deserted playground solitary, defiant, fang-bared, waiting for any miscreant to challenge his supremacy.”

The growth in numbers created a need for school buildings. In 1955, The Archbishop of Canterbury, Geoffrey Fisher, presented a Message of Commendation in support of a fundraising effort to build a permanent school for St Andrew’s: “I would say without hesitation that a great choir, worthy of a Cathedral, cannot be really maintained without a choir school. There are only a few choirs in Australia which attempt to uphold with full strength the long and glorious tradition of English Church Music. St Andrew’s Choir is one of them and it is of real importance not only for Sydney, but for Australia that this great choir should be maintained in its fullest perfection.”

In 1966 the School finally received its own building opposite the Cathedral in Kent Street, but this was demolished in the early 1970s to make way for Sydney Square.

In 1972 the Sydney Diocese asked architects Noel Bell Ridley Smith to design a new school and office building on land behind St Andrew’s Cathedral in the heart of the city. The School moved into St Andrew’s House in 1976 and became a permanent part of St Andrew’s House under the St Andrew’s House Ordinance 2000. The excitement, adaptability and forward-thinking nature of the CBD would prove to be a continued differentiating factor that drew students from across Sydney to the School.

In 1984, the School purchased ‘Kirrikee’, the ‘lungs of the School.’ Kirrikee is an Outdoor Education Centre at Penrose in the Southern Highlands. The School also expanded with the opening of the Bishop Barry Centre in 1991. 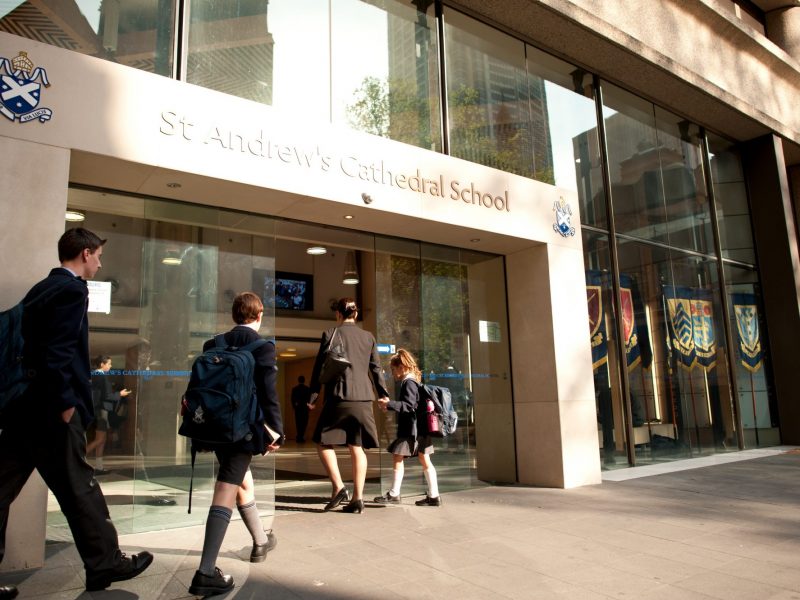 The School moved into St Andrew’s House, directly behind St Andrew’s Cathedral, in the heart of the city. 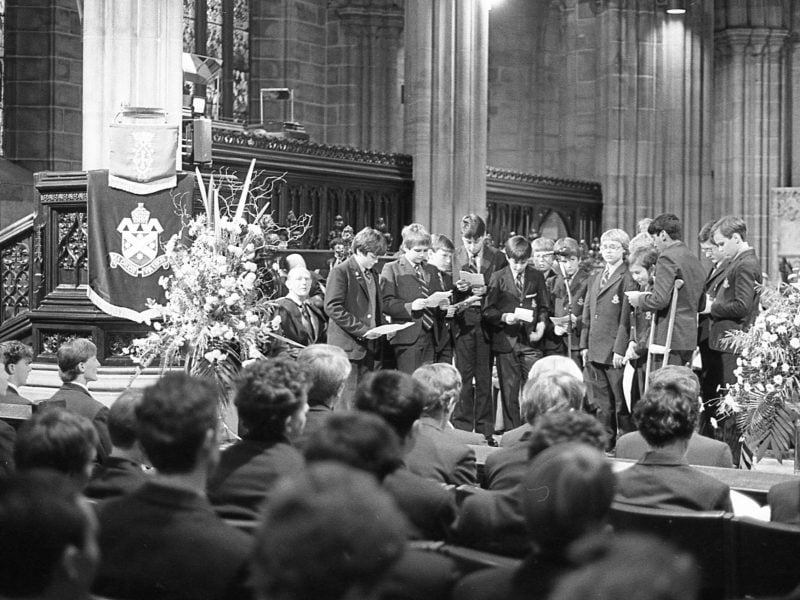 Centenary Service in the Cathedral, photographed by Ramon Williams 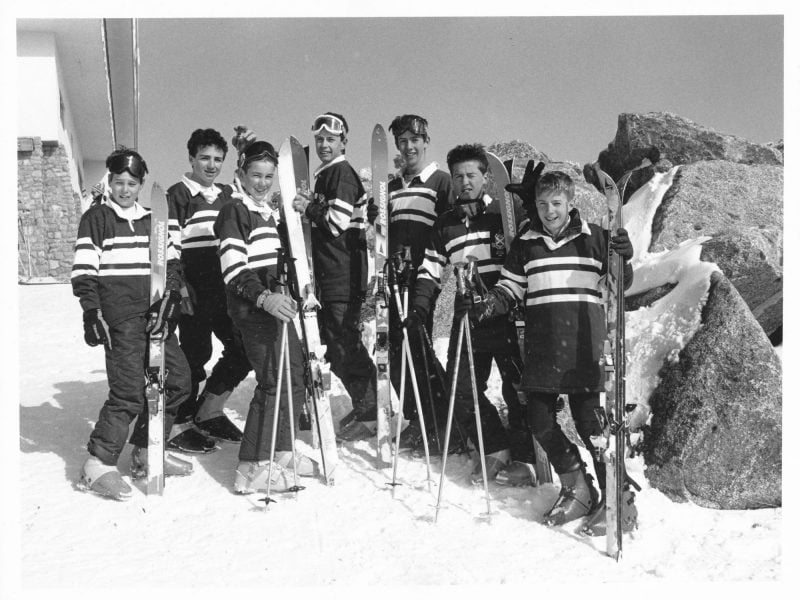 After over a century as a boys-only school, the School opened its doors to senior girls in 1999 and became entirely coeducational in 2008.

The idea that human beings are relational beings, made in the image of God, underpins the priority we give to building a diverse community that enables belonging for all.

Gawura, our ‘school within a school’ for First Nations students was established in 2007 under the vision of the then Headmaster, Phillip Heath.

Phillip Heath established Gawura after visiting Soweto in South Africa, where he saw what schooling efforts were being made after apartheid had been dismantled. He was also motivated by the tragedy of the Redfern Riots. 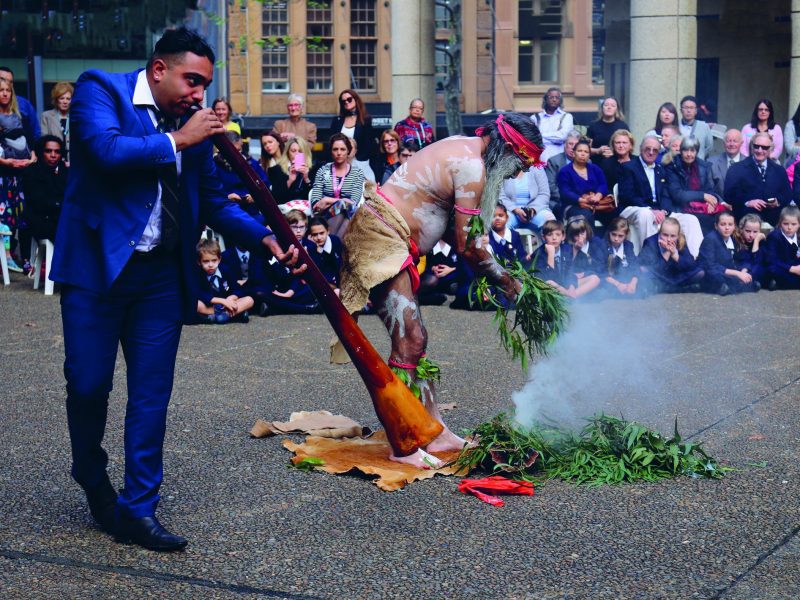 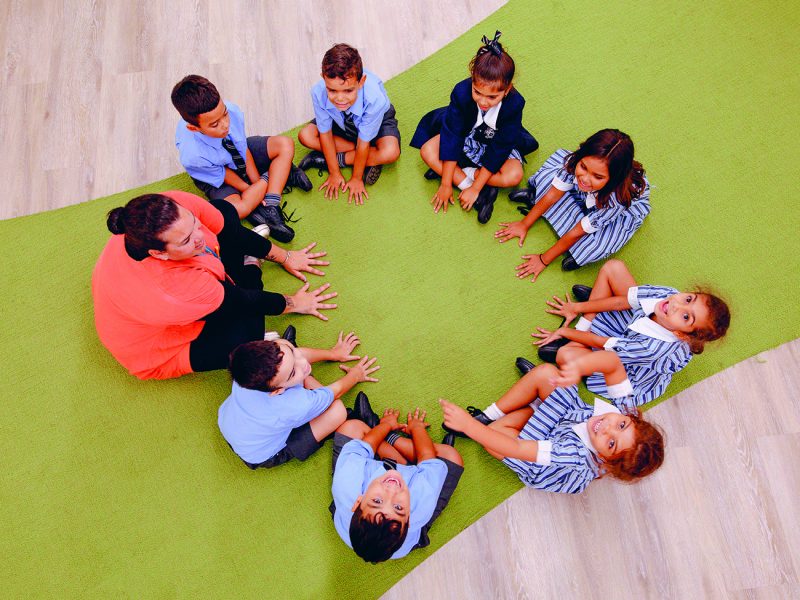 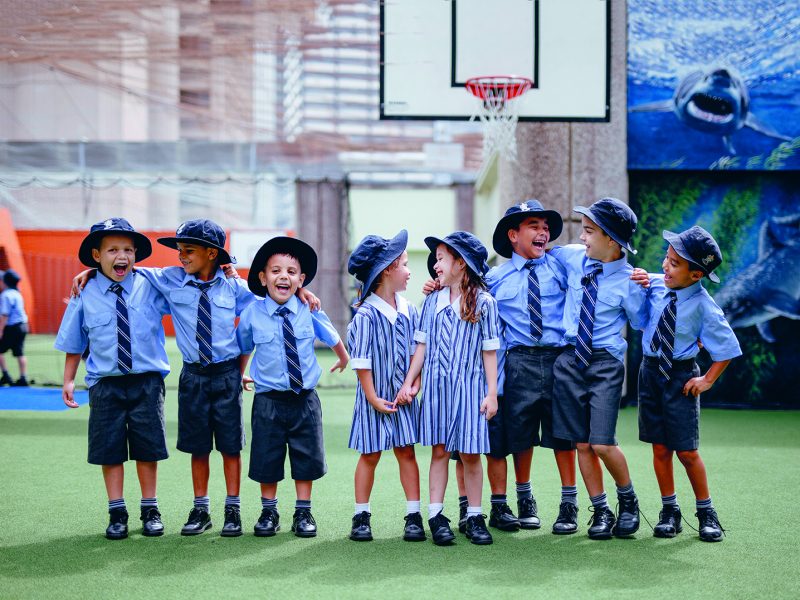 The next Head of School, Dr John Collier, following on from a number of study trips by staff research teams, extended the IB Diploma Programme with the introduction of the IB Middle Years Programme in 2015, to ensure effective engagement of students in the middle years of their schooling. The School saw significant improvements in academic results during Dr Collier’s 12 year tenure, with every cohort after 2015 achieving better final year results than the year before. Dr Collier was known for his commitment, support and advocacy for teachers, with an emphasis on developing professional learning for teaching staff, overseeing the introduction of data dashboards to help students visualise and set academic goals and track student learning. The School grew significantly during his time, with the Junior School doubling in size.

Dr Collier also put significant effort into strengthening the fledgling Gawura, so much so that Gawura won the prestigious Australian School of the Year award in 2020.

In late 2020 it was announced that Dr Julie McGonigle would become the 15th Head of St Andrew’s, the School’s first female head.