Year 11 student Trystan Go, who stars in the SBS TV series The Family Law, recently returned to school after six weeks away, filming Season 3. Anthony Segaert caught up with Trystan to discover how he balances an acting career with schoolwork.

You’ve done musicals, theatre performances and even TV shows in the last few years. When did you first realise that you loved performing? How did it come about?

My love for performing was a complete chance encounter. I was at a party when I was 10 and overheard an actress saying that she was looking for a young boy to act in a touring production of The Quiet Brother. Next thing you know, I was travelling to the alpine town of Harrietville, where the play was showcased as part of the 2012 Chinese Festival! Upon moving to St Andrew’s, I was cast as Prince Chulalongkorn in Opera Australia and the Gordon Frost Organisation’s musical production, The King and I.

My breakthrough role was playing Benjamin Law in the television comedy/drama The Family Law on SBS. My aunty sent me the casting callout on Facebook and after seven callbacks, I scored the lead role! The series was a mammoth ‘life school’ and a great eye-opener to the entertainment industry. I recently shot a third season in Brisbane, which will air later this year. I’ve also shot the sci-fi movie Occupation, screening in cinemas around the world later this year. Never did I think I’d be shooting aliens on screen with industry greats like Temuera Morrison, Dan Ewing and Stephany Jacobsen, which made the shoot such an invaluable experience.

What activities have you been involved in at St Andrew’s since joining the community in Year 7?

The thing that makes St Andrew’s special is the plethora of extra-curricular activities on offer. I joined Chamber Choir and Boys Vocal Ensemble in Year 8 and have been rehearsing weekly ever since. I did ISDA Debating for four years, ISA Tennis and two Middle School Drama Ensemble productions – The Bald Soprano and Clue, and have been taking singing lessons since Year 7. A group of peers and I performed as an a cappella quintet in the SACS Performing Arts Evening of Festivities Show at the end of last year.

I was also a Keynote speaker at the school’s 2017 Sydney Learning Festival, where I got to share my learning journey with over 300 students from all over Sydney. And earlier this year, my house St Paul’s spent two days doing community service at the Anglicare warehouse, sorting and packing donations, which were then distributed to those in need.

What’s been your favourite memory of school so far?

Going on Snow Camp in Year 9 was one of the highlights of being at SACS as we were learning outside of the classroom by cooking, eating and sleeping on the snow! It was a challenging camp because of the weather conditions, but I learnt so much about myself, my peers and got to mix with people who I might not have mixed with at school. The supportive nature of SACS lightened the mood and made the camp incredibly enjoyable.

How have you balanced your studies with co-curricular and performance work outside school?

Pretty much my whole schooling experience has been a balancing act, as I’ve had to juggle the physically and emotionally intense nature of the film industry with the ever-increasing workload of school. Organisation is key! I use my homework diary routinely and always aim to complete assignments as quickly as possible. After a block of filming, you’ll often find me in the Library at lunchtime, catching up with work. It’s important to make the most out of the fantastic opportunities on offer at St Andrew’s and in life, which is why I involve myself in as many co-curricular activities as possible.

When I’m not on set, I’m preparing for the rest of the shoot, learning lines, doing schoolwork and hanging out with my mates. On weekends, I have tutors who liaise with my teachers and help me with schoolwork.

What are your plans for the future? Where can we see you next?

I have been seizing the opportunities as they arise so it’s full steam ahead with the HSC for now, however I am currently in discussions for another film, which can’t be named yet.

Occupation hits cinemas around the world soon and Season 3 of The Family Law will air on SBS later this year.

Trystan has been nominated for the ‘Best Actor’ Logie this year! Support him by casting your vote here.

You can catch up on Seasons 1 and 2 of  The Family Law on SBS On Demand. 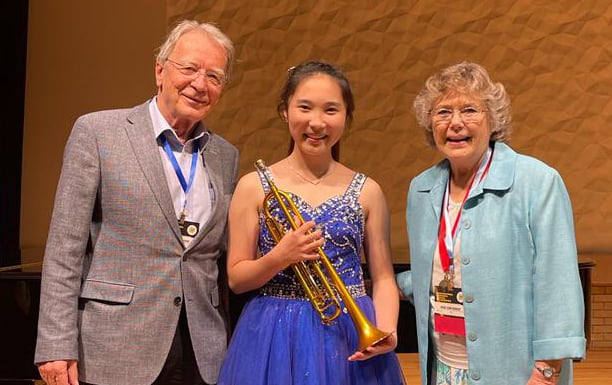